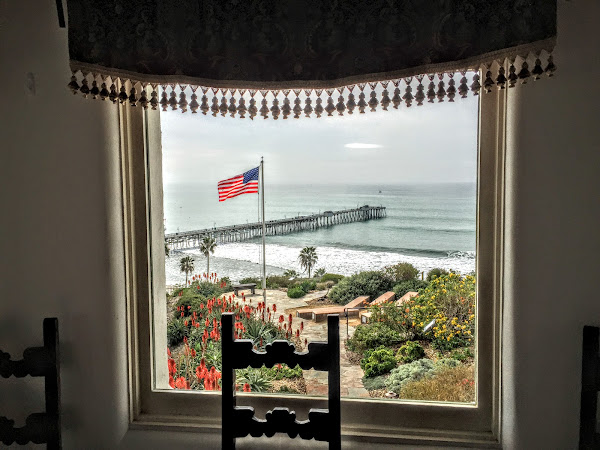 In 1925, Ole Hanson put some of his wealth to work by purchasing a 2,000-acre tract at the southern tip of Orange County, California. Hanson believed that the area's pleasant climate, beautiful beaches and fertile soil would serve as a haven to Californians who were tired of urban life. He named the city San Clemente after neighboring San Clemente Island, southernmost of California's Channel Islands.

Hanson envisioned his new project as a Spanish-style coastal resort town. He proclaimed, "I have a clean canvas and I am determined to paint a clean picture. Think of it — a canvas five miles long and one and one-half miles wide!"

Click image below to explore the Ole Hanson Room at Casa Romantica in 360° Virtual Reality!

Official Google Blog: Step into the spotlight with YouTube Insight